Relocators to the Rescue 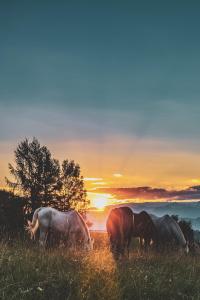 EuRA has an extraordinary extended family.  The following events took place this weekend and show how even in the darkest of times, the kindness and resourcefulness of EuRA members bring light and hope to the world.

Email From Anita Meyer Altair in Belgium, to Lena Rekdal Nimmersion in Sweden:

Hope you and your family are doing well.

Knowing that you used to have horses, my daughter and I are trying to help the veterinarian that takes care of our 2 horses.

Her name is Leen and next to her veterinary work, she breads a special line of spotted Trakheners.

2 weeks ago, her most promising 1-year-old mare was found dead. The autopsy revealed a case of botulism, food poisoning from hay, infected most often by a dead bird. Indeed she found a dry wing in the haystack afterward.

From her 15 horses herd, 10 have died and others have symptoms. It is a sentimental and financial catastrophe, for someone who deeply loves her horses.

An Ardennes farm horse and her 2 donkeys also died.

She is now looking for plasma from horses that have been vaccinated against botulism.

It seems Sweden and Norway are known to have very good horse clinics.

If you have a hint to share, Leen is prepared to take her car and drive to Scandinavia right away to collect the plasma.

Sorry to bother you with this, but it is heartbreaking to read the postings from  Leen and her 7-year-old son on Facebook.

Don't worry if you don't know anybody, but if you do, thanks a lot in advance.

Though Lena is on holiday, she put the message on her Facebook right away, and hints from her friends set off a chain reaction.

Yesterday Leen found the right plasma in a hospital in Stockholm.

The few remaining horses all have symptoms and are running out of time, so my daughter Laura sends the contact details of Christian Lofgren, Nordic Relocation, to Leen.

A few calls later, Christian confirms that he can pick up the plasma today at the hospital in Stockholm, and as we speak, 1 p.m. Saturday FEB 27, Ase Lofgren Gunsten, Christian's mother, is on a train to Malmö, where she will meet Leen's partner, who is driving North. By cutting the trip short from 16 to 10 hours, thanks to Ase, the horses will receive the plasma tomorrow.

Leen cannot drive herself, because botulism - like most food poisonings - inactivates organs one by one; when it hits the lungs, the horse will suffocate, and Leen wants to be there to prevent that suffering.

This is what an international network can accomplish, this is thanks to the strong ties EuRA has forged.

To quote my daughter after her first EuRA conference: "there is no other profession with so many nice people".